Why President Trump urges US to return to the free market – Why he can make this happen! 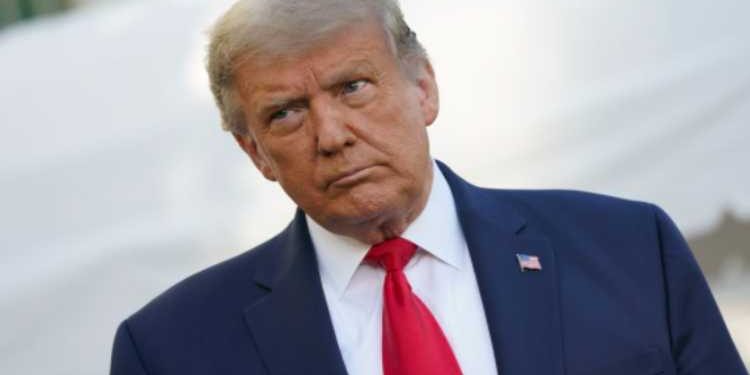 President Trump has just returned from his three-week Asian tour, and as he departed the podium at the conclusion of his trip he directed all Americans to “buy American, make American money.” This is not a surprise to anyone who has been reading the tea leaves in the last two years. Since President Obama has failed to negotiate a fair trade negotiation deal with China, the leadership there has decided to flood the US market with goods that are made in the United States but are counterfeit. President Trump’s visit to China was not successful in calming the fears of millions of Chinese citizens as counterfeit goods flooded the market. In fact, counterfeit goods represent a much bigger threat to the American economy than did the collapse of the US economy.

President Trump’s goal is simple; to stop the flooding of the American economy with counterfeit goods coming from China. Two years ago, our country was in a deep recession and millions of jobs were lost. Millions of additional jobs have been created since then, but millions of more people are out of work and searching for a job. So far this is happening in every major city in the country. People are losing their jobs and businesses are going out of business left and right because they can’t compete in the free market.

President Trump wants to bring the jobs back to the United States, and he wants to lower the cost of everything that we buy in the US economy. This includes goods and services that are manufactured in the United States but are produced elsewhere in the world. The current trend is that products that are made in the United States are sold in foreign markets at much cheaper prices, which is what President Trump is trying to reverse. His tariffs will force companies to bring manufacturing back to the US, which will also stimulate more free-market competition for the consumer.

In fact, economists around the country are predicting a positive economic recovery in the second half of President Trump’s term. With so much good news on the horizon, the left is licking their lips at the possibility of a recession and depression. President Trump has been very clear that he wants to see positive economic growth in the US and he doesn’t want to see economic devastation. With his policies and his executive orders, he is doing just that. He is protecting our economic base.

A free market always works best when there is competition. The US is one of the fastest-growing countries in the world, and it is working far better than it is now. The government needs to do a lot to keep up with the competitors, and that means raising the standard for workers. President Trump is doing exactly that with his policies regarding the regulation of labor. The minimum wage is something that President Trump wants to see raised, but nobody is quite sure just yet. It seems to be based largely on his belief that an economy should work to its utmost potential, and that means raising the bar for all workers.

As the minimum wage is increased, so too will the number of jobs being created. With more jobs being created, more people will have money to invest and businesses will be creating jobs again. This means that the US will once again become a magnet for businesses looking to expand into the US. That is why President Trump’s economic policies are going to work, even if some economic experts do not think they will.

There are many economic experts out there who believe that President Trump’s plan to tax the wealthy will do very little to help the economy. However, I disagree. It has already been proven that a wealthy person tends to invest their wealth in businesses, which in turn creates jobs for the economy. President Trump knows this and he is implementing policies to make it happen.

Not only is President Trump making good on his promise to keep the US “American Way of Life”, but he is also working to protect the economic foundation of the country. Many of us are afraid that our great nation will succumb to socialism, as China has done in recent years. However, I know that President Trump wants to work with our capitalist system and he wants to make America great again. I can personally attest to this as I have seen firsthand how well the economy runs when a business is booming. I also know that if we stay true to our American traditions, our nation will continue to prosper, which would benefit everyone.