by Flue
in Featured, NEWS
0 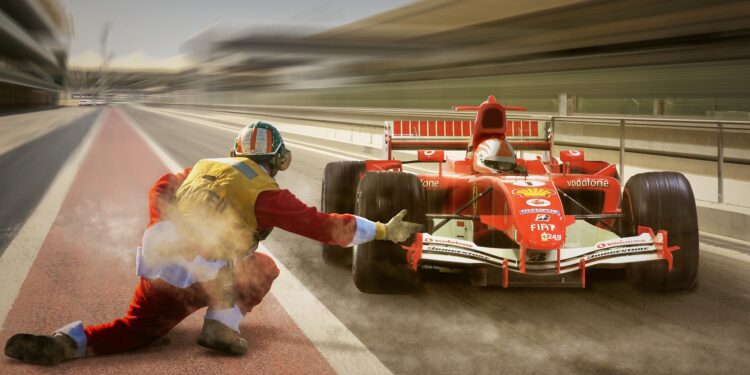 After the Formula1 (F1) race in Bahrain, Lewis Hamilton, A racing driver for Mercedes and A Seven-time Formula1 World Champion, Attended the F1 Bahrain Grand Prix Press Conference where he outraged over the current issues with Human rights in the Kingdom of Bahrain. Hamilton has also been known to take the leading part in the Black Lives Matter campaign and the Social Inequality campaign. He stated that F1 cannot ignore the Human rights issues in the countries they visit and host events in.

After the race, in the press conference, Hamilton also stressed that we should not just arrive, race, have a good time, and leave. We should have a keen eye out for the issues with Human rights in these countries as well. Hamilton also revealed that he received a letter earlier in December from an 11-year-old kid named Ahmed Ramadhan, Son of a man who was facing the death penalty asking Hamilton for help.  After admitting that the letter “weighed quite heavily” on him, spent the past few months educating myself by speaking to human rights experts, Hamilton also said “I have been to see the UK ambassador here in Bahrain and spoken to Bahrain officials also. At the moment, the steps I have taken have been private, and I think that is the right way to go out about it… but I am definitely committed to helping in any way I can.”

A Bahraini Government spokesman stated “We have a zero-tolerance policy towards the mistreatment of any kind. A range of institutional and legal reforms have been implemented in close collaboration with international governments and independent experts, including the establishment of a wholly independent Ombudsman — the first of its kind in the region — which will fully and independently investigate any allegation of mistreatment.” The government official has also said that they have established a National Institute of Human rights with the assistance of the UN Office of High Commissioner of Human rights. This institute will have supervision of protecting the Human rights of the people within the Kingdom. “After years of engagement with F1 over their activities in Bahrain, we should not still be hearing shocking accounts of children being locked up for protesting against the Race.” Said Sayed Ahmed Alwadaei, Director of the “Bahrain Institute for Rights and Democracy” (BIRD). He also stated that the F1’s current Human rights policy hasn’t really brought real change. He also urges the new CEO to stop using high-profile sporting events to portray a positive image of the country and launch an independent inquiry against the issue.

In 2019, the human rights took F1 into their accusations for turning a blind eye over the then ongoing situation of Najah Yusuf who was a critic of the Grand Prix. The human rights then, asked F1 to cancel the race, also urged the drivers including Hamilton to boycott the race. To this, neither the F1 team nor the drivers respond with any attention, and the race went on as normal. Najah Yusuf was jailed in 2017 and was later released in 2019 after a Royal pardon in August. After criticism was seen over Najah’s case in 2018, The country Ministry of foreign affairs said “All individuals in the Kingdom are guaranteed fair and equal treatment within the criminal justice system.”