by Flue
in Featured, NEWS, SPORTS
0 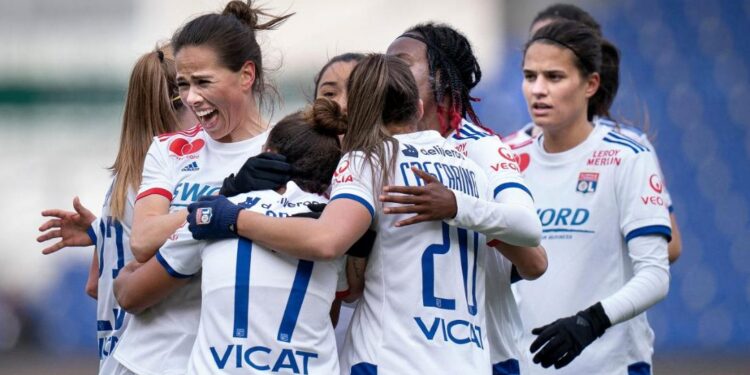 Lyon’s dominance in women’s football over the course of the last decade has been almost perfect – winning the competition seven times whilst being involved with the French Club in the Champion’s League finals nine times since 2011.

In a recent interview, Anita Asante, player of the Aston Villa in the Women’s Super League (WSL) & an adviser for the UEFA Women’s Champion League (UWCL), has explained that Lyon as a superteam has continually brought in new talent, somewhat marking it as the key to success for their team.

Asante, who’s a former Chelsea, Arsenal, and England player has said that competition this year has been a lot closer than ever before, teams like Chelsea, Manchester City, and Barcelona will have to work hard to take out a team like Lyon.

She said the following in an interview; “It’s going to take a special performance from any of the teams to dethrone Lyon, Lyon have the experience, they have the winning mentality, they’ve been there before, they’ve dealt with the pressure”.

Fighting against a French Rival as Saint-Germain, Lyon had to get through them in the quarterfinal to have any chance of reaching the Semi-finals.

Anita Asante has said that the rivalry between PSG & Lyon is quite strong, top two French Sides fighting domestically in the league within Europe, now having a greater chance at beating Lyon as they have fallen short when they’ve played them beforehand, Asante said that the team is quite confident in beating Lyon this season.

PSG had a recent outbreak of COVID-19 cases within their team, which caused the club to forfeit with an automatic loss of 3-0 against Sparta Prague due to the 16-second leg match being canceled, however, progressing with a 5-3 victory winning the first leg 5-0.

With the quarterfinal’s first leg matches being scheduled for March 24(Wednesday) and the second legs on the 31st of March and 1st April, whichever team advances to the semifinals will have either Manchester City or Barcelona as a powerhouse waiting for them as contenders.

The Contenders who await

Manchester City with 11 consecutive league matches won and on the other hand, Barcelona who have scored 99 goals with 3 relinquishing just three, only in 20 games this season, there’s no sign of either teams slowing down anytime soon,

With the likes of Sam Mewis and Rose Lavelle joining Manchester City, the squad has been invigorated by them as they’ve come to play in England this very season, Asante has said that both Rose and Sam are proven winners for their national team, which is a gold standard which everyone is chasing after, especially in their own nation.

In an interview, Lavelle has said that she was looking forward to the competition in England as she has grown up to watching the Champions League & never thought she would be one to be competing in herself.

Wolfsburg, a last year’s finalist will be taking on a goliath known as Chelsia, who is currently the league leader, Wolfsburg run was mainly driven by their attacking method, due to some players known as Pernille Harder, who has also moved to Chelsia over a contract for 413,000$ fee at the season’s end.

Asante added that Chelsia is the team that has been building up for such a moment over the years and have gotten into notable positions after getting all the pieces together, Asante adds furthermore that attack is a threat for any team that’s going to face Chelsia, especially with the likes of Pernille Harder & Fran Kirby being in it, the team has an actual chance of winning all the trophies across Europe in a dominating fashion.

Bayern Munich and FC Rosengard, a German league and a Swedish club respectively will be playing in the quarterfinal, whilst Bayern have been impressive in this league, it’s only their second-ever UWCL semifinal, whilst other German clubs have been winning titled in the UWCL since 2002, Bayern has never been the one to progress to the finals, which we will have to wait and see how it pan’s out.