by Flue
in NEWS, POLITICS, SPORTS
0 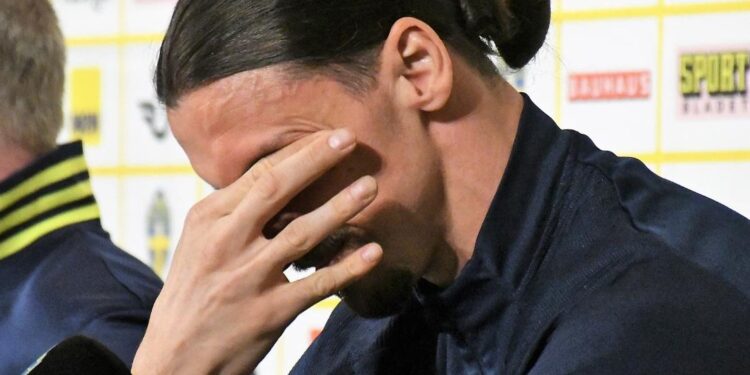 Zlatan Ibrahimovic, The 39-year-old is known as one of the best and most profound and achieving football players. Zlatan made his debut in inter-Milan on the 26th of August, 2006 and since then has made the fans wow over his skills and dedication towards the game.

Zlatan has played as a striker for Serie A Milan and the Sweden national team. Zlatan is known to have scored almost 570 career goals and almost 500 club goals. Zlatan has also won 31 trophies through-out his career as a football player. Zlatan retired from international football back in 2016 after the exit from Euro-2016’s disappointing game where the team didn’t score any goals and enthusiasm just did not seem to be there.

For the past few months, News had been circulating around Social-media about Zlatan’s return to the Sweden team for the 2022 World Cup. In a recent press conference, It was confirmed with the presence of Zlatan that yes, He is returning for the World Cup.

Zlatan said during the Press conference that I was following the Swedish team since my retirement and I always thought that I could help them. Zlatan also stated that playing for the National team is one of the biggest things you could do for your country as a football player. Obviously, it’s not all up to me, We have to go together on what the player feels comfortable with and what the coach wants, It’s not that I’m only happy to be here, I’m here to get results and if all I do is talk here and not get results, All this said is useless. I’ve got this opportunity to play for my country again and I shall play for the betterment of the team and to get better results for the team.

As Soon as Sweden coach Janne Andersson acknowledged that Zlatan was interested in making a surprise return to the team, He flew to Milan to seal the deal there and then. Zlatan and Andersson have had clashes in the past from which one of them is, Where Zlatan wrote on his twitter that “What a f**king joke. Another proof. Incompetent people in the wrong positions that suffocate Swedish football.” after he had dropped Juventus winger, Dejan Kuluseveski. But they both seemed fine this time around during the press conference.

Zlatan was reduced to tears when he described that how his 12-year-old son Vincent Ibrahimovic was crying seeing his dad leave home to return to football after 5 years of his retirement. “Vincent cried when I left him” said Zlatan after he shed a few tears himself. Zlatan has two sons, Vincent and Maximilian.

Zlatan’s return to the National team has gotten the fan’s even more excited for the World Cup 2022 as him joining the team could bring a huge competition to the other participating teams as he is known as one of the best strikers in football history.

Juventus decides to keep 'best in the world' Cristiano Ronaldo