Here is all the information you need about CBD

by Flue
in HEALTH
1 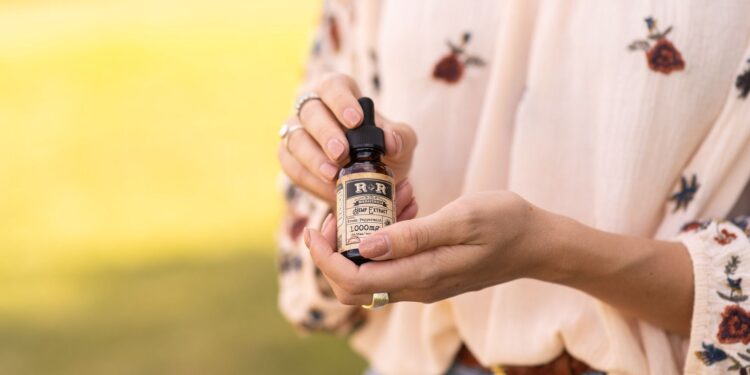 Cannabidiol (CBD) is an oil retrieved from the Cannabis plant. The cannabis plant did not always have a good reputation between different cultures as it was commonly used as a drug by people to get high. Until recently, researchers discovered that Cannabis or most commonly known as Marijuana has amazing health effects if used correctly.

Cannabis plants mainly consist of two chemicals, Tetrahydrocannabinol (THC) and CBD. Both these compounds have different effects on our brain and body.

Tetrahydrocannabinol (THC) is the main compound in Cannabis plants for which people use it as a drug. Cannabis has been used in a variety of different ways, the most common of them was being smoked and added to eatables. When heated, THC breaks down and gets attached to different parts of the brain, allowing the brain to release an excess amount of dopamine which makes a person feel more relaxed in a state of “high”.  This term is also known as Psychoactive.

Cannabidiol (CBD) however, does not have a high effect on your brain. It does not alter the brain in any way so the brain could release an excess amount of “Happy chemicals (Dopamine)”. Thus, CBD is not psychoactive.

So how did the drug become legal in most states?

Even though Cannabis has been misused mostly as a form of drug, researchers put this plant to the test in their labs and found pleasing results on how it helps in treating various illnesses. The compounds found in cannabis can speed up the process of other medications to help treat the illness faster. Food and Drug Administration (FDA) has made use and harvest of this plant legal only in medical cases. Farmers are only allowed to grow and sell this plant for medicinal use, FDA also stated that only the plants containing less than 0.3% THC are allowed to be used as prescription medicine.

All states have different laws regarding the use and harvesting of Marijuana, check your local state laws before consuming or growing the plant.

How does this plant work?

It’s quite simple. When consumed, the compounds of the plant break down and link to different receptors in our body. The body produces two different receptors labeled CB1 and CB2. The CB1 receptor coordinates with movement, pain, emotion, mood, appetite, and a lot of other functions. CB2 receptors are found in the immune system which affects inflammation and pain.

A study done by researchers in 2018 stated that CBD can help a person overcome various illnesses, such as chronic pain, arthritis or joint pain, anxiety and depression, sleep disorder, migraine, cluster and other headaches, post-traumatic stress disorder (PTSD), nausea, cancer, allergies or asthma, epilepsy and other seizure disorders, multiple sclerosis (MS), lung conditions, Parkinson’s disease, and Alzheimer’s disease. When people questioned the claims of researchers, they stated with evidence that their claims were in fact correct.

Since the legalization of Marijuana as a medicine, Doctors and researchers have developed various medicines containing CBD which can treat various illnesses. Some people claim that it’s a kind of natural anti-inflammatory medicine. In 2013, a study was done on mice who had inflammation, the research revealed that CBD restricts the release of inflammation-triggering compounds within the body. Similarly, a study done in 2019 revealed that CBD, when used on the skin as an ointment greatly reduced scarring and other skin diseases.

A pilot study was done in 2013, where the study revealed that CBD can help people stop smoking. Smokers were given inhalers containing CBD, once the smokers used the inhalers, they no longer had the urge to smoke as CBD prevents the brain from craving nicotine. Another study conducted in 2018 revealed that the consumption of CBD can also help drug addicts because of its relaxing effects. People who are addicted to various forms of drugs were given a dose of CBD and it revealed that addicts did not develop cravings after the use of CBD.

Another study done on rats and mice in 2014 showed that CBD can be used in treating patients with Alzheimer’s disease. Alzheimer’s patients lose the ability to recognize faces even though they might have met the person countless times, they also lose the ability to think and often forget what they were thinking about midway. Scientists revealed that CBD slows down the damage to the brain being caused by Alzheimer’s, Though, research about dosage is still underway.

CBD is also known to fight cancer, research revealed that CBD stops various cancerous cells from spreading, if used with chemotherapy drugs, it can also assist in the destruction of these cancerous cells. Research reveals that CBD reduces anxiety, reduces side effects caused by conventional chemotherapy, and prevents the growth and spread of cancer cells.

People who were previously misusing this plant as a drug said that the use of Cannabis worsened their anxiety, Doctors responded to this as they stated that feelings of anxiousness or paranoia can be exacerbated by THC, whereas, if CBD is extracted and used alone, it can help in reducing anxiety and panic in patients.

A study done in 2014 by doctors and researchers shows that the use of CBD as an ointment on the skin can slow down the production of Sebum, which causes acne on the skin. Acne happens due to inflammation in various nerves under the skin, CBD is helpful in this case due to its anti-inflammatory effects.

Even though CBD has a lot of positive points, it also has some negatives which consumers should keep in mind before using it. Some CBD medicines have not gone through FDA approval, which means they haven’t gone through laboratory tests to reveal what amount of CBD and what other cannabis compounds are found in these products, this can be highly dangerous for consumers to use such products as CBD and some other compounds found in cannabis can react differently with supplements and other medicines. Risks include vision impairment, liver damage if misused without a prescription and if the CBD labeled medicine reacts with other medicines it’s taken along with, it can also cause a loss of appetite. Another harmful side-effect can be loss of fertility and males. Doctors and experts also stated that the use of Marijuana or even CBD alone should be avoided by pregnant women or women who are breastfeeding as this can reduce the development of neurons in the child.

Marijuana has gained massive popularity since it became legal in various countries and states within the U.S. People should always seek medical attention if a CBD-labeled medicine is not working for them.

Different states have different laws regarding the use, growth, and retail of products containing Cannabis. Read your state laws before using or selling products with CBD or other cannabis compounds in them.

Everything you need to know about Lebron James brabded shoes