by Flue
in BUSINESS, Featured
0 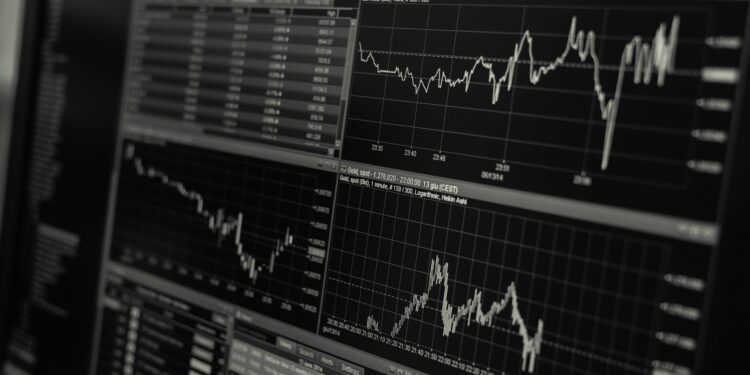 Shares of various companies have seen a respectable hike whereas some have tumbled way too hard. Here are some companies and details about their profit and loss on the premarket. 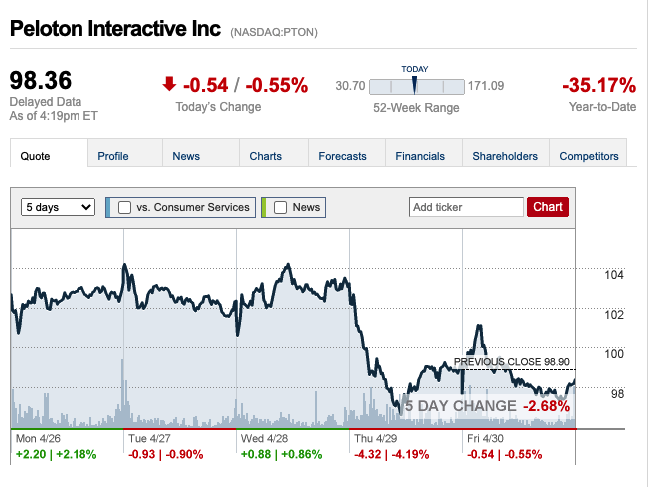 Peloton Interactive Inc. specializes in manufacturing fitness machineries such as Treadmills and Bikes and other exercising equipment. Peloton was recently in the news after the Consumer Product Safety Commission (CPSC) researched Peloton’s treadmills after reports started flying in about how injurious their treadmills are followed by a death of a child. After CPSC’s statement about the company, the stocks collapsed 6.7% in the premarket. 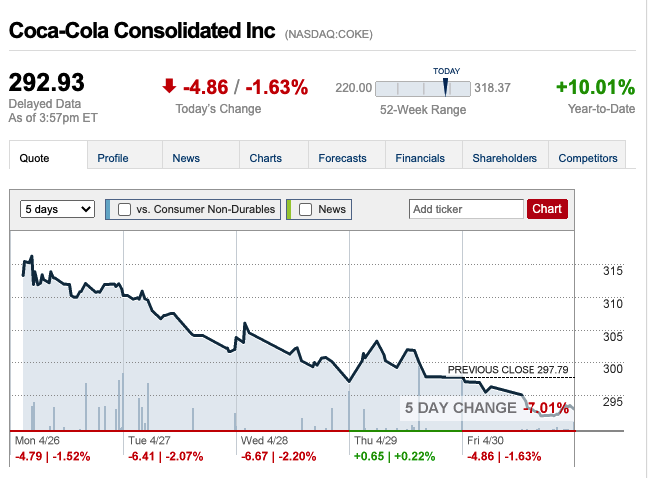 During the Pandemic, the renowned soft drink brand Coca-Cola also suffered as people had a sharp change in their diet due to the Coronavirus, and consumption of the product became low. Though, now the company claims that in recent months, the global sales of the product have reached levels that were before the Pandemic hit in 2019. Coca-Cola estimated their shares to be around 5 cents in the stock market, though, Coca-Cola has now reported a profit of 55 cents per share. 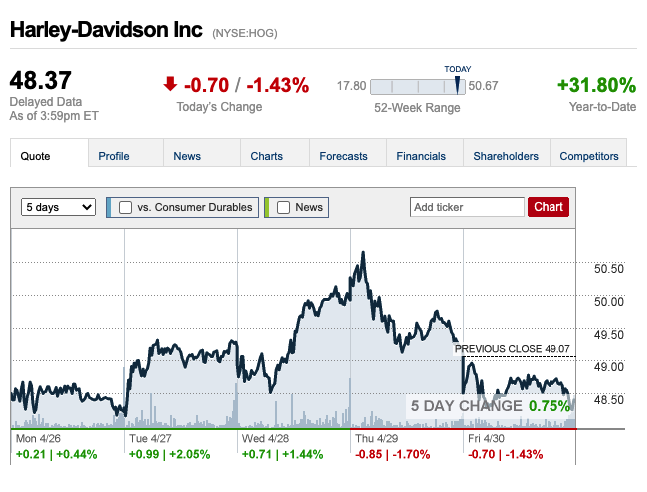 Harley Davidson is a famous Motorcycle manufacturer and retailer. The company estimated its shares to value at 88 cents per share, whereas the shares sold for $1.68 per share in the first quarter. The company has made 8.4% profit in the premarket. 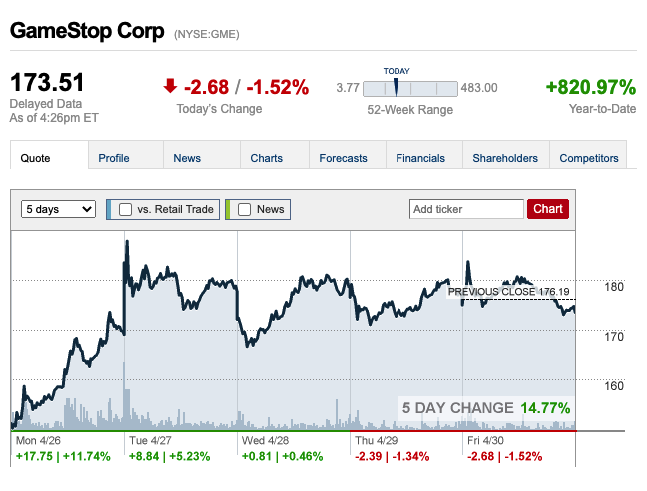 GameStop is a famous retailer in the United States, The Company specializes in the trade of games and other gaming-related merchandise. The current CEO of GameStop, George Sherman has announced to step down as the company looks forward to hiring someone new from the tech industry who can help accelerate its landscape. Gamestop’s shares jumped massively after Keith Gill, also known as Roaring Kitty bought a whopping 50,000 shares at the price of $12 per share. He already held 150,000 shares of the company and now owns 200,000. After Keith’s investment, the company’s stocks jumped 8.6% in the premarket. 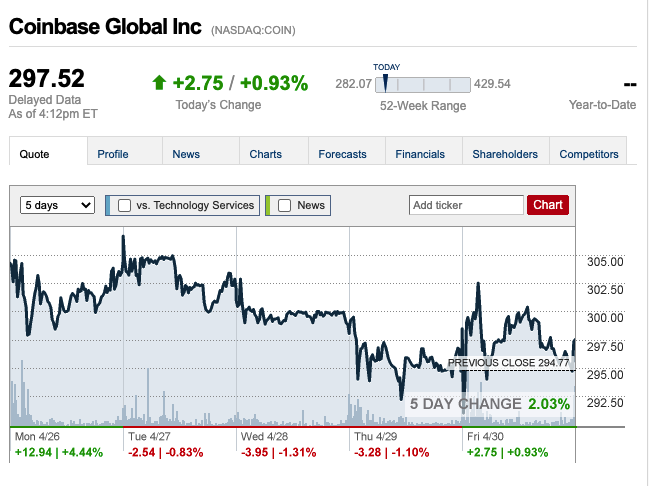 Coinbase is an online Cryptocurrency trading platform. Recently, only two notable transactions were made using the platform. Though Coinbase sold shares for around $292 million when it first started trading back in 2012, the stocks plummeted around 2% in the premarket. 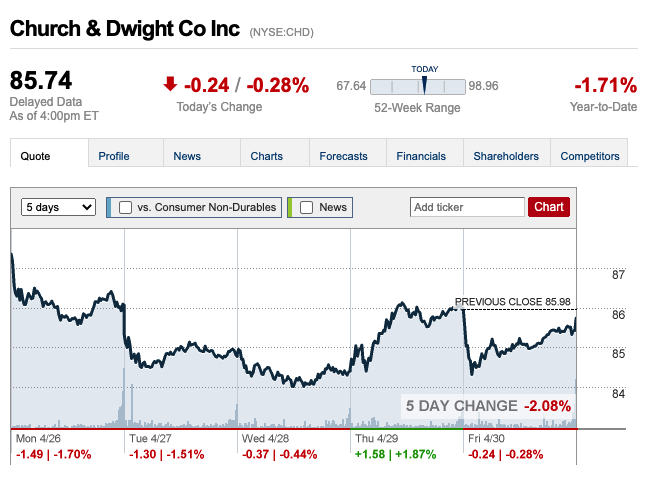 Church & Dwight Is a manufacturer of household consumer products. The company’s shares fell 1.9% in the premarket after the American multinational investment bank downgraded the company from “Equal-weight” to “Underweight” after stating that the company’s commodities were rapidly increasing in price. 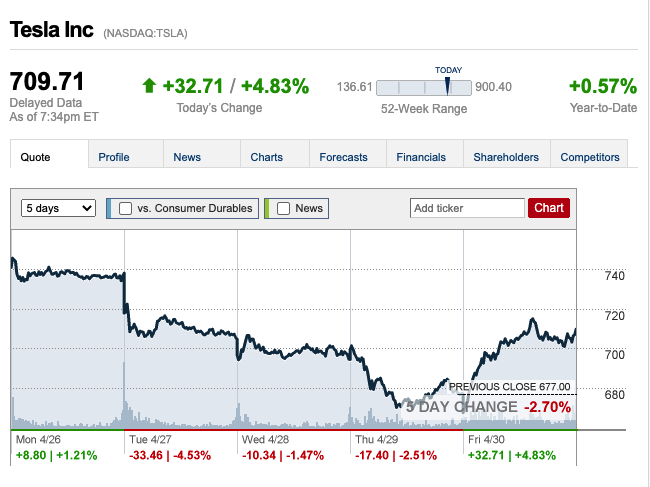 Tesla, an American company that specializes in electric vehicles and clean energy. A recent accident which is said to be caused by Tesla’s Autopilot failure caused the death of the vehicle’s occupants. Police say that there was no one behind the wheel at the time of the accident. Tesla’s shares surged 1.9% in the premarket. 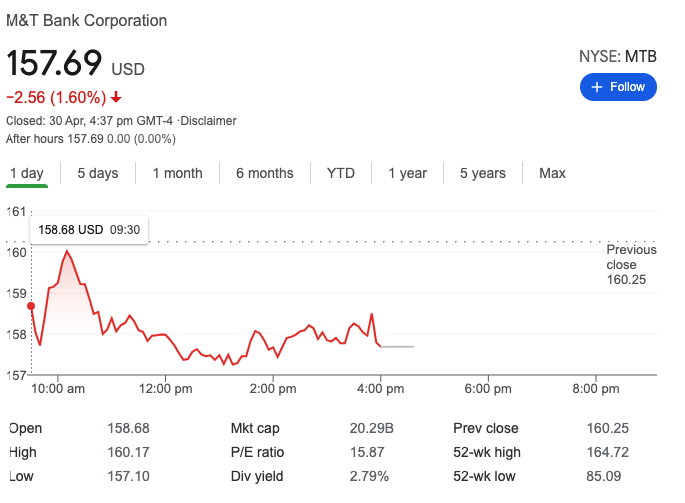 M&T Bank is an American bank holding company with almost 780 branches scattered around the U.S. The bank’s stock sold for $3.41 besides the estimated amount of $3 per share. The bank revenue also increased significantly. Stocks gained 1.4% in the premarket.

Here is all the information you need about CBD

What parents need to know about New Trevor

What parents need to know about New Trevor