The first big race of the year takes place this Sunday in Daytona, Florida 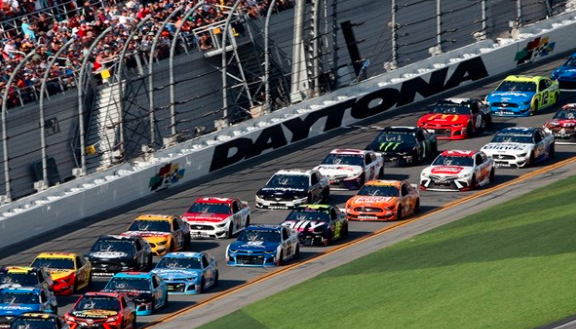 The first big race of the year takes place this Sunday in Daytona, Florida. Here, cars will battle head-to-head in the 500-mile run. This race has historically produced great speed times and finishes. Let’s take a look at the five most interesting storylines from the season.

Who starts out on top? It was interesting last year when Carl Edwards took the wheel for the first time. His first race out of the box proved to be a costly affair as he ran into trouble early and suffered engine problems. Earnhardt, though, hasn’t started out the top of the standings since that first start. He needs to get on the same page with new crew chief Bobneau and new driver David Wallach to help him overcome the struggles of last year.

Who gets the new #1 car? This has been the main topic of discussion throughout the season. With six cars currently with new drivers, NASCAR has finally settled on a single car that will be the official starter this year. Jimmie Johnson is the likely starting driver, but it remains to be seen how he and Earnhardt will gel on the track.

Who replaces Edwards at the front end? Earnhardt was forced to make a difficult decision last week when he decided to take advantage of contact by Earnhardt and Edwards to pass him the lead. Earnhardt lost the race and was out of the chance to win the title. Can Johnson win this race and keep up his lead over Edwards?

Who will be the new driver in the No. 1 car? Earnhardt announced this news on his radio show on ESPN Radio last week. It has been widely reported that Edwards is moving to a new car, possibly an updated Dodge Viper, for the next two weeks. Can true champion Edwards reclaim the top spot once he moves into his new car?

Will Matt Kenseth win the pole position and earn the new title for the first time since he won the debut event for the new Dodge Viper? The biggest question this week revolves around whether or not Earnhardt will have enough time to get back into the car before the end of the season. NASCAR officials say that they will have the winner in the car after this week’s race.

What will Penske do to retain the lead? The Penske car has been leading all week but has had trouble making it back over the last couple of laps. Will the organization pull a bait and switch and send rookie David RISLEY into the pits to replace veteran Mark Martin? These are just a couple of the many interesting storylines from the Daytona 500.

Is Kevin Harvick ready for the big challenge of winning the first race of the season for Chip Ganassi Racing? It certainly seems that he is ready, as he qualified third. If he can carry over that form into qualifying at the same track that he won last year, he has a great chance of winning this one. It is very important to note that this is the first of only two races for both drivers this season.

Will Matt Grevers take advantage of the struggles of Chase Elliott and win the premier spot behind the wheel? If so, it will be interesting to see how Grevers does against the competition. On the other hand, will rookie Chase Briscoe run away from the competition and secure the top spot?

Will Matt Carpenter become the latest member of the Daytona 500’s new-era crew? Many have speculated that he might be given the chance to prove himself in this series of quick races. Unfortunately, Carpenter has been racing with the wrong crew and has not been able to put forth the effort that has earned him a seat in the car. He also started the season tied with the least-experienced driver, Mark Martin. As is common with young drivers, consistency will be key in helping him become a consistent top-tiered NASCAR driver.

The biggest issue this season has been the inability of Edwards to find consistency. He has been leading laps only three times but has managed to tie the series-best eight. If Edwards can find his form during the remainder of the season, there is no reason why he cannot end the season on top as the leader of the #1 Daytona Prototype Racing team.