by Flue
in NEWS
0 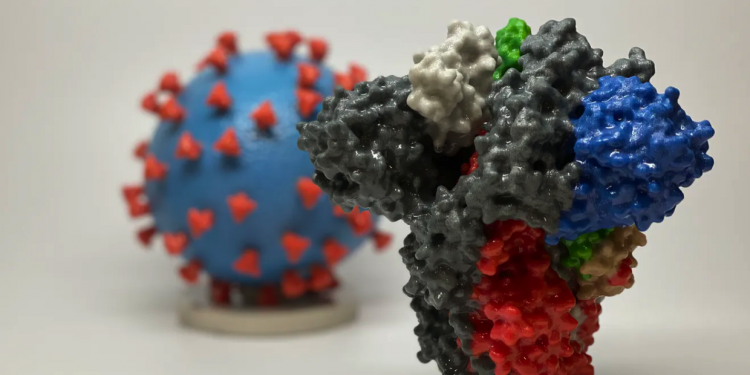 It was recently seen that a new mutated form of the Corona Virus is being found in people around the United Kingdom called B.1.1.7. Recently, reports have flooded in that youngsters and teenagers from around 50 states in the U.S have been hospitalized after they were diagnosed with this newly mutated virus. The DNA of viruses variegates often, and most changes aren’t very significant. However, they could lead to dangerous new variants of viruses if they are crucial.

It is said that B.1.1.7 has mutations that allow it to stick to your cells rather easier than it was with the original strain of the Corona Virus. Previously, there was a required number of viruses in your blood to make you sick or contagious, but with b.1.1.7, the smallest of inoculants can spread rather easily and make you sick faster. If you carry a high amount of B.1.1.7 virus within your respiratory tract, you will easily spread the virus to other people.

CDC has stated that Earlier it was adults and older people getting hospitalized and were very prone to the virus, but now we can see youngsters and teenagers filling the hospital beds with this new virus. This is because the older people are mostly vaccinated and are no longer prone to the virus whereas, youngsters and teenagers are not yet vaccinated hence, we can see an alarming number of infections found in youngsters.

Doctors around the U.S have said that they have seen an increase in the number of Corona Virus cases, most of which are young adults and teenagers, previously healthy teenagers are now seen on hospital beds fighting with the new B.1.1.7. The vast majority of patients don’t go through Genomic sequencing, hence it’s not always sure whether the virus is B.1.1.7 or another strain, health experts still state that it’s undoubtedly the most spreading kind of Corona Virus which is mostly attacking younger adults who can be seen filled up on hospital beds.

Doctors say that they have seen some patients who were previously healthy experience Covid-19 Cytokine storms during the pandemic. This happens when your immune system overreacts to the viruses and results in severe inflammation and other high-risk symptoms. A steady increase in cytokine storms will likely be seen in young people as B.1.1.7 spreads further.

Doctors, highlighting the teens, in this case, stated that youngsters and teenagers believe that they will be fine even if they catch the virus, this is somewhat true and you could be lucky if you don’t face any severe symptoms. In research, in Coronavirus cases, even the ones who recovered now face a permanent respiratory issue which they’ll have to live with for the rest of their lives. Another symptom is a loss of smell and taste and/or the smell of ammonia in most beverages, this symptom has caused most people to lose their weight as there is no joy in eating if you can’t taste it, but this has happened with just a few numbers of patients.

Researchers and doctors urge teenagers and youngsters to keep following Covid-19 safety guidelines to protect themselves and the people around them. As bars and Cafés have fully opened, teens can be seen attending parties and in gatherings, this is a no-go as the newly mutated virus is rapidly spreading, and easing on Covid-19 restrictions could bring bad news.

How To support local women during travel

How do you know your travel money stays local?

How do you know your travel money stays local?